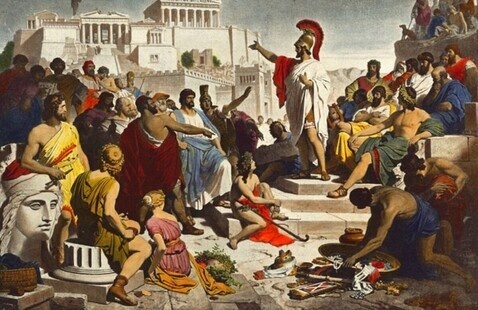 Building H, Career and Technical Education Center, H254 View map Free Event
Add to calendar
Save to Google Calendar Save to iCal Save to Outlook

Sponsored by the Young Scholars Program of the Harper History Department and the Harper College Cultural Arts Committee. All invited!

Lecture One. Athens in the Age of Pericles

- The Delian League and the Athenian Empire

- Pericles, his reforms, and his building projects

- The history of Sparta from the 7th to the 5th century BCE.

Lecture Four. Athens and Sparta after the Peloponnesian War