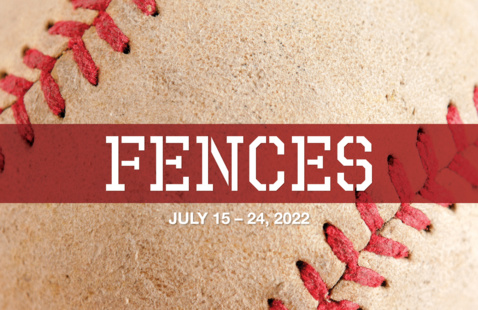 Drama Lab Theatre, Room L109 View map $15-25
Add to calendar
Save to Google Calendar Save to iCal Save to Outlook

Troy Maxson’s yard is his refuge. A sanctuary where, at long last, the grass is finally green. But it can always be greener, right? A former star of the Negro baseball leagues, he now works as a garbage man in 1957 Pittsburgh. Excluded as a black man from the major leagues during his prime, Troy's bitterness takes its toll on his relationships with his wife and his son, who now wants his own chance to play ball. Troy’s story is both unique and universal — a portrait of the unsteady bridge between fathers and sons and the dreams that drive them forward. Wilson’s FENCES remains one of the most powerful plays, written by perhaps the most influential American playwright of the 20th Century.

"One of the great characters in American drama. One of the richest experiences I have ever had in the theatre. I wasn't just moved. I was transfixed." - New York Post