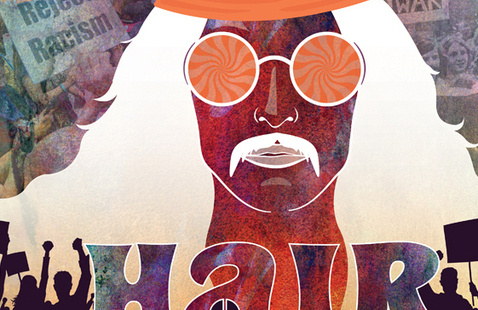 http://harpercollege.edu/arts
View map
Add to calendar
Save to Google Calendar Save to iCal Save to Outlook

“Hair is more than just a musical: it is a social and cultural phenomenon, a jubilant assertion of life and freedom and a cry of protest against the political establishment.”  --- The Guardian

HAIR, the original American Tribal Love Rock Musical, made its world premiere 50 years ago during the 1967-1968 Broadway theatre season and established the genre of Rock Musical, a mantle carried by shows as diverse as JESUS CHRIST SUPERSTAR, RENT, and AMERICAN IDIOT.  HAIR tells the story of the "tribe", a group of politically active, long haired hippies of the "Age of Aquarius” living a bohemian life in New York City and fighting against conscription into the Vietnam War.  Winner of the 2009 Tony Award for Best Revival of a Musical, HAIR carries the same funk/rock sound that had conquered the world of popular music fifty years ago.  With explosive and revolutionary proclamations of profanity and hard rock it shook the musical theatre to its roots.*

*HAIR is intended for adult audiences. It contains strong language, adult situations and partial nudity and is NOT recommended for children.